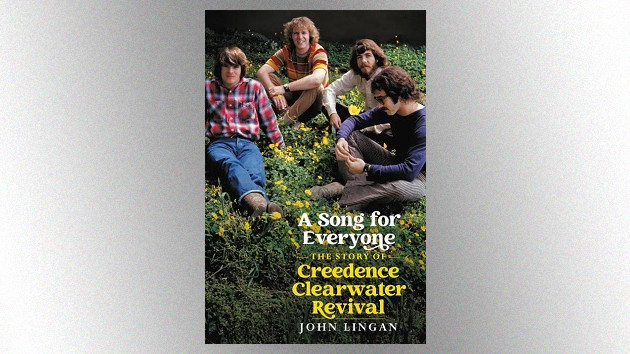 A new biographical book about Creedence Clearwater Revival titled A Song for Everyone that charts the band’s history and the examines how its music reflected the cultural landscape of its time, will be published on August 9.

Described as “the definitive biography” of the group, the book follows the band — featuring brothers John and Tom Fogerty, Stu Cook and Doug Clifford — from its formation in El Cerrito, California, in 1959 as The Blue Velvets through its mid-1960s  incarnation The Golliwogs and its rise to fame in the late ’60s after changing its name to Creedence Clearwater Revival to its 1972 breakup.

In just three years, from 1969 to 1972, CCR released nine singles that reached the top 10 of the Billboard Hot 100, among them “Proud Mary,” “Bad Moon Rising,” “Fortunate Son,” “Travelin’ Band,” “Who’ll Stop the Rain” and “Have You Ever Seen the Rain.” Many of those songs are considered timeless classics that continue to be embraced by generations of music fans.

A Song for Everyone was penned by author John Lingan, who has written for The New York Times Magazine, The Washington Post, Pitchfork and The Oxford American. The book was put together utilizing extensive interviews with CCR members and associates of the group, unpublished memoirs from people who were close to the band, and in-depth research focusing the musical and social developments that occurred from 1959 to 1972.

You can pre-order A Song for Everyone now. Visit HachetteBooks.com for more information.