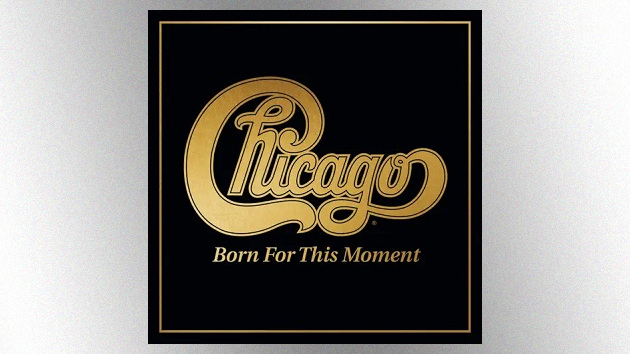 As Chicago prepares to launch a new headlining tour Tuesday night with Beach Boys legend Brian Wilson, the band has announced plans to release its 38th studio album, Born for This Moment, on July 15.

The 14-track collection includes “If This Is Goodbye,” which Chicago released last month as a digital single. Fans who preorder Born for This Moment now will also receive access to a second track from the album, the funky, soulful “Firecracker,” which was made available to digital platforms Tuesday.

In addition, a visualizer video for “Firecracker” has debuted at Chicago’s official YouTube channel.

“I hope that, 55 years from now, listeners will actually feel something about our music and our lyrics,” says founding Chicago singer/keyboardist Robert Lamm. “I mean, we’re all human. We all go through some variation of the same pain and joy at some point in our lives, and there’s a commonality to that. I hope listeners in the future will actually get all those feelings while listening to our music.”

Adds Chicago trumpet player Lee Loughnane, “One of the big reasons this album works so well is that when you put it on and play it, you hear something you’re not quite expecting to hear, and it immediately pulls you in musically and emotionally.”

Chicago’s tour with Wilson runs from Tuesday night’s performance in Phoenix through a July 26 concert in the Detroit suburb of Clarkston, Michigan. The band also has a series of North American headlining shows scheduled for late August and September. Visit ChicagoTheBand.com to check out all the dates.

Here’s the full Born for This Moment track list: