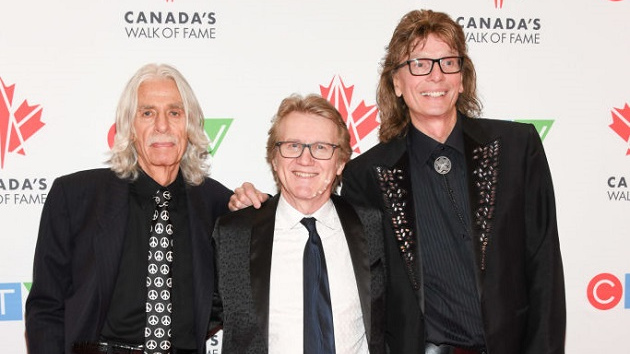 Mike Levine, bassist for the Canadian power trio Triumph, says a tribute album celebrating his band’s music is being overseen by producer Mike Clink, best known for his work on most of Guns N’ Roses‘ albums.

Levine tells ABC Audio that Clink, who also produced Triumph’s 1986 album Sport of Kings, is working on the project in Los Angeles, and that it’s “close to being finished.”

“[The album] got delayed like everything else during COVID because nobody wanted to go to the studio, but everybody seems to want to play again,” Mike notes. “So he’s getting near the finish line with it. So we’re hoping to see that early next year.”

Levine reveals that among the guest artists who have contributed to the record are Starship singer Mickey Thomas and ex-Skid Row frontman Sebastian Bach.

Levine says he thinks Thomas “is one of the greatest singers in rock ‘n’ roll,” while Bach is a huge Triumph fan who discussed his love of the band in the 2021 documentary Triumph: Rock & Roll Machine. Bach also briefly toured with Triumph in 1993 just before the band broke up that year.

Mike says with a laugh that Sebastian “wanted to sing every song, and we [told him], ‘No, you can’t do that.'”

Levine reports that a number of “top-draw players” also have contributed to the album, including longtime John Fogerty touring drummer Kenny Aronoff and Bon Jovi guitarist Phil X. Phil played with Triumph in 1992 and ’93 after founding singer/guitarist Rik Emmett left the band.

Triumph hasn’t played together since a surprise reunion at a special 2019 fan event, as documented in Rock & Roll Machine, although the trio of Levine, Emmett and singer/drummer Gil Moore have participated in a number of events promoting the film.