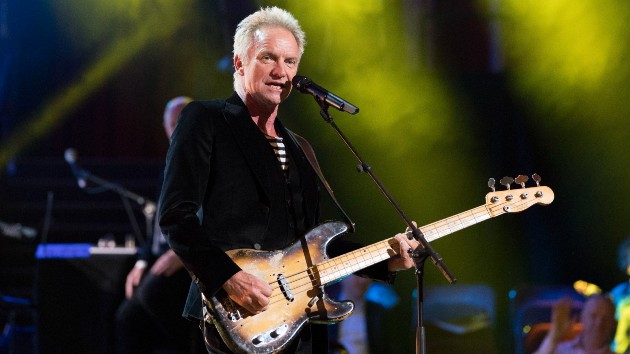 Britain’s Queen Elizabeth II is celebrating her Platinum Jubilee — 70 years on the throne — this weekend.  Throughout her reign, the queen has conferred knighthoods and other honors on many musicians, from Ed Sheeran, Elton John and Paul McCartney to Mick Jagger, Annie Lennox and Bono. Sting, who was made a Commander of the Most Excellent Order of the British Empire, says he admires the queen’s dedication.

“I think she’s had a very difficult job and she’s done it with a great deal of grace and detachment,” Sting told ABC Audio on Friday. “In many ways, she’s … y’know, she has no political power. She’s just a symbol. And I think she’s been a pretty good example.”

Sting, however, is aware that the British Empire’s past sins have made some countries in the Commonwealth want independence. Most recently, Jamaican Prime Minister Andrew Holness said the country wants to remove the queen as the head of state.

“I know there’s some controversy in Jamaica for good reason. You know, the British Empire was not the most salubrious of things. So [my feelings about it are] a mixture of both. I’m not really a monarchist, but I respect the queen.”

He laughs, “She gave me a medal, so I’m grateful!”

Sting’s friend and musical collaborator Shaggy, who was born in Jamaica, says he has no problem with the queen.

“I’m about hard work,” he tells ABC Audio. “And when I look at her age and she’s still making these appearances and still owning up to her duties. I mean, I tip my hat off to her. That is amazing!”