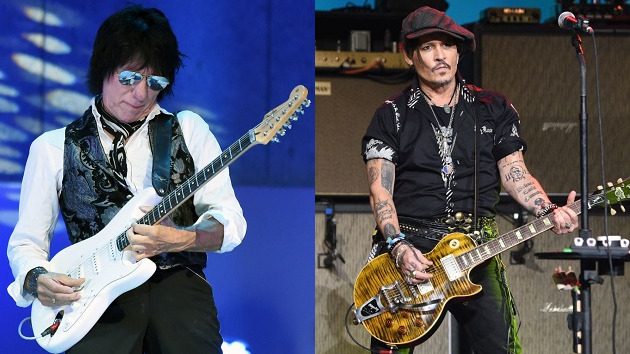 Jeff Beck has been joined by a very famous special guest on his current U.K. tour — guitarist Johnny Depp. At the British blues-rock guitarist’s latest concert, in Gateshead on Tuesday, he revealed that he and the Pirates of the Caribbean star will be releasing a collaborative album soon.

Stereogum reports that during the concert, Beck said to the audience, “I met this guy five years ago, and we’ve never stopped laughing since. We actually made an album. I don’t know how it happened. It will be out in July.”

Beck and Depp actually released a collaborative studio version of “Isolation” as a digital single in 2020.

Depp’s latest performance with Beck came a day after Johnny scored a major legal victory against his ex-wife, Amber Heard, as jurors agreed that she defamed him with an op-ed she wrote for The Washington Post in December 2018.

Depp was awarded $10 million in compensatory damages and $5 million in punitive damages in the defamation suit, although the judge clarified that Virginia law caps the latter at $350,000.

Depp, 58, sued Heard, 36, for $50 million, claiming the article obliquely — and falsely — accused him of abuse, which, he maintained, devastated his film career.

Beck has four concerts left on his U.K. trek, but it’s not known if Depp will perform at the upcoming shows.