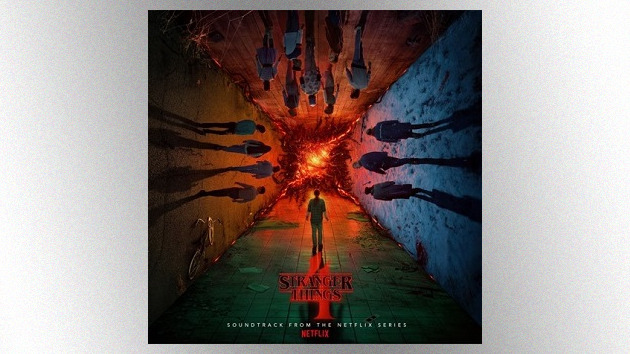 Volume one of the soundtrack to the fourth season of the hit Netflix series Stranger Things is available now via digital formats.

In addition to the previously announced Bryce Miller/Alloy Tracks remix of Journey‘s 1983 hit “Separate Ways (Worlds Apart),” the album features songs by such other veteran rock artists as KISS, Talking Heads, The Beach Boys and Extreme.

The release of Stranger Things: Soundtrack from the Netflix Series, Season 4, Volume I coincided with the premiere of the latest season of the series, which is split into two parts.

As previously reported, Volume II of the Stranger Things‘ season 4 soundtrack will be released digitally on July 1, the day that the second part of the series’ current season premieres.

The digital version of Volume II will feature all of the songs that appear on Volume I, as well as additional music heard in the second run of episodes of Stranger Things‘ fourth season.

The full Stranger Things: Soundtrack from the Netflix Series, Season 4, including both volumes, will be released on CD and cassette on September 9, while a two-LP vinyl edition will be made available later in 2022.

Here’s the full track list of Stranger Things: Soundtrack from the Netflix Series, Season 4, Volume I: