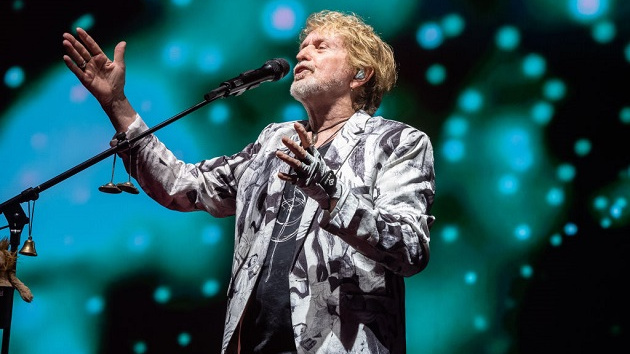 Earlier this year, Jon Anderson teamed up with the students of the Paul Green Rock Academy for a five-date U.S. tour, and now the former Yes frontman is set to head out on the road with the talented young musicians for more shows this summer.

The new tour will feature Anderson and the students performing Yes’ 1972 album Close to the Edge in its entirety in honor of its 50th anniversary, plus other classic tunes and deep cuts by the prog-rock legends, as well as tunes from Anderson’s solo catalog, mashups and more.

The performances will showcase lush arrangements of the songs, including choral vocals, horns and other musical elements.

The trek currently features 13 dates and is mapped out from a July 7 concert in Plymouth, New Hampshire, through an August 6 show in Albany, New York.

Anderson says about performing with the Paul Green Rock Academy, “There are so many wonderful moments in my musical life, and being on stage with these young teenagers performing Classic Yes songs makes me so happy and proud … It’s a marvel and a tremendous pleasure for me.”

He adds, “They are a joy to be with and so much fun!!! I am grateful, thankful and feel very blessed to be able to sing along with them. [My wife] Janee and I love them all.”

Paul Green, meanwhile, explains that he was impressed with Anderson and the students’ performances of two songs from Close to the Edge — the title track and “And You and I” — at concerts last April. He adds, “Then when I heard it was the 50th anniversary of the album I just knew we had to do the whole thing. Jon agreed.”