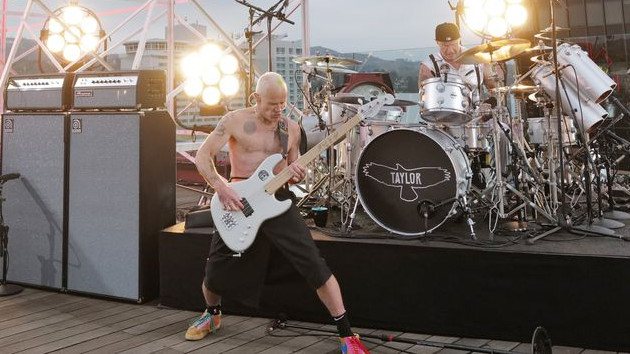 Flea is officially part of the Star Wars universe.

The Red Hot Chili Peppers bassist has a role in the new Obi-Wan Kenobi miniseries, which just premiered Friday morning on Disney+. He plays a bounty hunter who’s hired to kidnap child Princess Leia in an attempt to lure Kenobi out of hiding after he survived the infamous Order 66, which called for the execution of all Jedi.

The role is especially fitting for Flea since the 1999 Red Hot Chili Peppers song “Californication” includes the lyric “Alderaan’s not far away,” a reference to Leia’s home planet.

Flea’s previous acting credits include parts in The Big Lebowski, Baby Driver and the second and third Back to the Future movies.

In addition to his journey to a galaxy far, far away, Flea is preparing to rock our galaxy when Red Hot Chili Peppers launch their world tour in June. The group will be supporting their new album, ﻿Unlimited Love﻿, which was released in April.