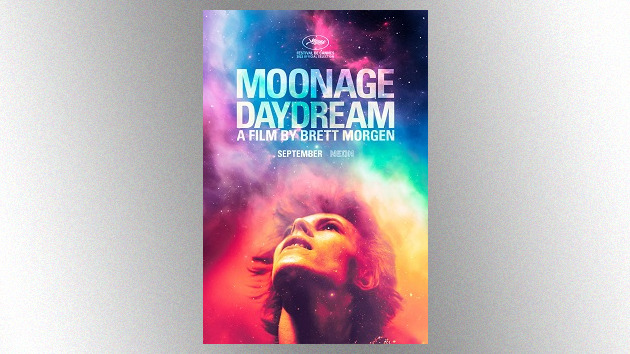 The promo features a variety of clips of Bowie performing live during different periods throughout his career, as well as segments from some of his music videos and films. It includes a voice-over of Bowie saying, “All people, no matter who they are, wish they’d appreciated life more. It’s what you do in life that’s important, not how much time you have … or what you wish you’d done. Life is fantastic.”

The trailer’s arrival comes just in advance of Moonage Daydream‘s premiere, which, according to Variety, is taking place tonight, May 23, at the Cannes Film Festival’s “Midnight Screenings” section.

As previously reported, Moonage Daydream was written and directed by Brett Morgen and is the first film to be officially sanctioned by Bowie’s estate. The movie is described as “a sublime kaleidoscopic experiential cinematic odyssey that explores Bowie’s creative, spiritual, and philosophical journey.”

Moonage Daydream includes previously unseen footage and performances, as well as unheard music, and will feature Bowie’s own narration. The film includes 47 musical tracks, mixed from the original recordings. Bowie’s longtime friend, collaborator and co-producer Tony Visconti is serving as the musical producer of the project.

According to the caption for the trailer on YouTube, Moonage Daydream will get its premiere in cinemas worldwide in September.

Billboard recently reported that the movie will get its TV premiere on HBO and HBO Max in the spring of 2023.