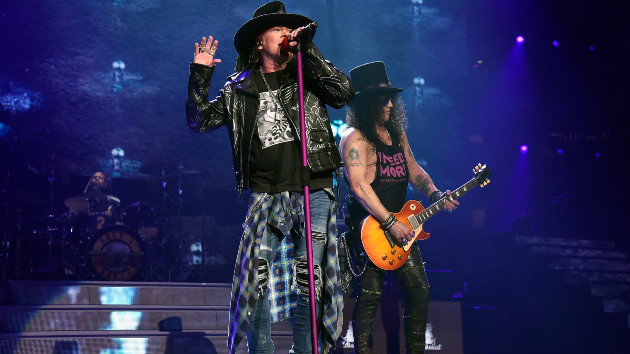 Guns N’ Roses‘ scheduled headlining set at Florida’s Welcome to Rockville festival over the weekend was canceled due to extreme weather.

In a tweet following the announcement, guitarist Slash called the cancellation a “massive disappointment.”

“We were really looking forward to the show,” Slash wrote. “But the weather had other ideas. We sympathize with all you guys who got rained out along with us, it f***ing sucks. Another time, sooner than later!”

Welcome to Rockville, which takes place in Daytona Beach, was besieged by bad weather throughout the festival. Before GN’R got canceled Saturday, The Daytona Beach News-Journal reported that Friday’s schedule was also cut short by weather, forcing sets by Korn, Skillet and Breaking Benjamin to be scrapped, as well.

For U.S. GN’R fans, the cancellation is especially tough, given Welcome to Rockville was the only announced stateside date on the band’s calendar for 2022. The “Welcome to the Jungle” legends are set to return to the road in June for a European tour, followed by trips to South America, Mexico and Australia later in the year.