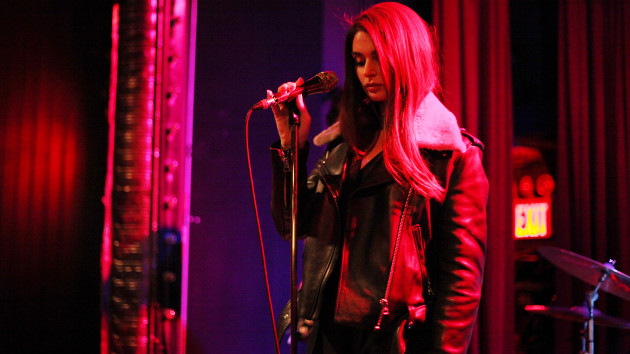 According to the Los Angeles Fire Department, the blaze occurred at 5:42 p.m. local time at a two-story commercial building with “an abundance of small individual recording studios inside.” The statement reports that two people were “found with smoke-related respiratory symptoms,” while one person was tragically killed.

In an Instagram post early Friday morning, Sharon confirmed that Aimee and her producer were in the building when the fire began.

“They are the lucky two that made it out alive,” Sharon writes. “It is utterly heartbreaking that someone lost their life today in this fire & we are sending our prayers to this person & their family.”

Sharon adds that “what happened…was beyond horrific,” and that she hopes that the tragedy will put a bigger focus on fire safety for similar buildings.

“This building was a creative hub for music in Hollywood, a space that should have been regulated for fire code,” Sharon writes. “Producers, musicians, mixers & artists also lost all of their equipment. Once again, our prayers go out to the family and friends of the person that lost their life to this senseless fire.”