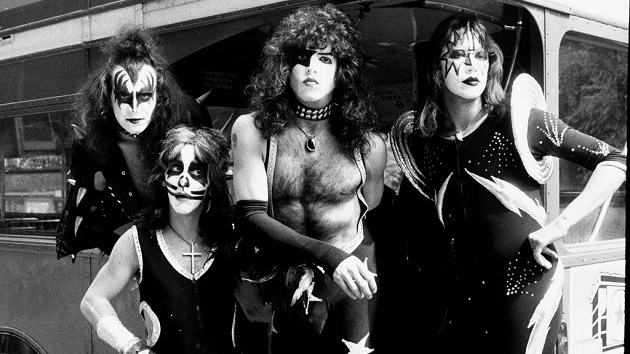 Variety has debuted an exclusive clip from the new film Spinning Gold, a biopic about late Casablanca Records founder Neil Bogart, that features actors portraying KISS delivering a performance of the band’s classic song “Rock and Roll All Nite.”

Spinning Gold, which went into production in 2019, is being screened this week for buyers at the Cannes Film Festival market.

The movie, which was directed by Bogart’s son, Tim, tells the story of how Neil founded the Casablanca Records label, which helped launch the careers of KISS and other well-known artists, including Donna Summer, Parliament Funkadelic and Village People.