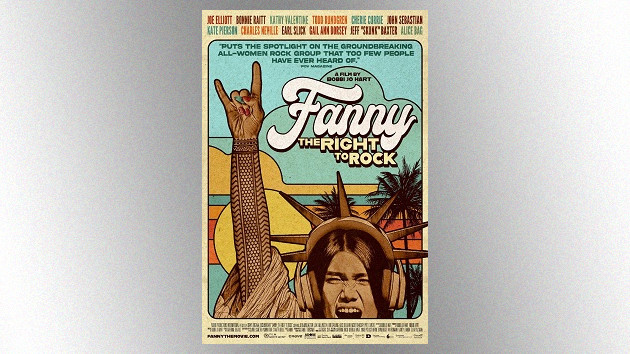 Fanny: The Right to Rock, a 2021 documentary about the pioneering all-female band Fanny that includes appearances by Def Leppard‘s Joe Elliott, Todd Rundgren and other rock stars, will be shown in select U.S. theaters in the coming weeks, starting on May 27 in New York City.

The film tells the story of Fanny, a group formed in the late 1960s in Sacramento, California, by two Filipina-American sisters, Jean and June Millington — who played bass and guitar, respectively — along with keyboardist Nickey Barclay and drummer Alice de Buhr. The documentary looks at the various obstacles that the band dealt with — including issues of race, gender and sexuality — as they worked to achieve success in the music business during the 1970s.

Fanny released five studio albums between 1970 and 1975, including 1973’s Mothers Pride, which was produced by Rundgren. The band scored its biggest hit in 1975 with the single “Butter Boy,” written about Bowie, who was a big fan of the group. The song reached #29 on the Billboard Hot 100 in April 1975, although Fanny had broken up by that time.

A few years ago, the Millington sisters and Darling reunited to form a group called Fanny Walked the Earth, which released a self-titled album in 2018.

To check out a list of confirmed screenings of Fanny: The Right to Rock, visit FilmMovement.com.