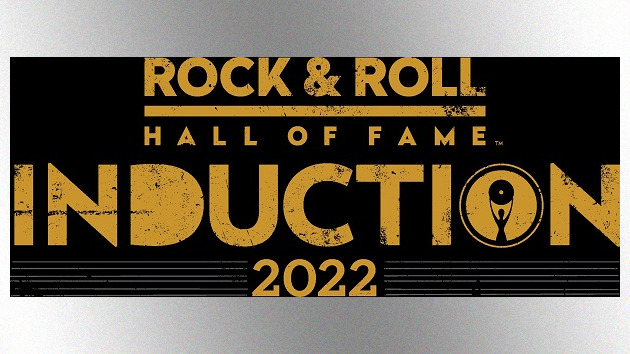 The 2022 Rock & Roll Hall of Fame inductees have been announced, and among this year’s honorees are Pat Benatar, Judas Priest, Duran Duran and Eurythmics.

Judas Priest will be inducted in conjunction with receiving the Musical Excellence Award, as will acclaimed R&B production duo Jimmy Jam & Terry Lewis.

Regarding Benatar’s induction, Rock Hall president and CEO Greg Harris tells ABC Audio that she “really set a path for lots of…female artists,” noting that with her “unbelievable vocal range…she could bring it both [on] ballads and rockers.”

Benatar will be inducted alongside her husband and longtime guitarist, co-producer and songwriting collaborator Neil Giraldo.

Heavy metal fans are sure to be happy about Judas Priest finally being inducted, but perhaps a bit baffled that the dynamic band isn’t part of the Performer category.

Since 2000, the Musical Excellence Award has been presented to 25 musicians, songwriters and producers in recognition of their “originality and influence creating music have had a dramatic impact on music.” Previous recipients include ex-Beatles drummer Ringo Starr, rapper LL Cool J, and late Ozzy Osbourne guitarist Randy Rhoads.

Harris tells ABC Audio, “Judas Priest are going in through this category because they had such a massive influence on the [metal] genre…and being the godfathers.”

While inductees in the Performer category often get the most attention, Harris says Musical Excellence Award recipients, like Judas Priest, are “equal” to the Performer honorees.

Meanwhile, reflecting on Duran Duran’s credentials for induction, Harris cites the British New Wave bands “infectious melodies” and “complex musical arrangements,” as well as their mixture of guitar and synths, as influential.

And speaking of guitars and synths, Harris says U.K. duo Eurythmics took those and made them “really funky,” adding that frontwoman Annie Lennox‘s “unbelievable voice” really brought “’60s soul into the ’80s.”

The Rock & Roll Hall of Fame Induction will be held November 5 at L.A.’s Microsoft Theater, and will air later on HBO and stream on HBO Max.