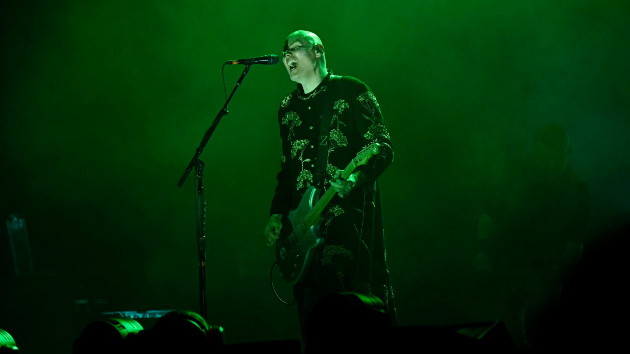 Billy Corgan has a word for people criticizing his voice. Or, rather, a finger representing two words.

In a recent Instagram post, the Smashing Pumpkins frontman shared a picture of himself onstage while raising his middle finger. Text across the image reads, “To the conspiracists about the state of my voice.”

While it’s unclear exactly who or what inspired Corgan’s ire, Pumpkins fans on Reddit theorize Corgan was responding to comments on his recent vocal performance of the song “X.Y.U.” during last weekend’s Beale Street festival, which featured some pretty intense screaming.

However, a quick perusal of the comments on the performance seem to be in favor of the screaming — perhaps Corgan’s middle finger was more of a triumphant eff-you to doubters rather than an angry one.

To hear Corgan’s voice in person, you can catch the Pumpkins’ ongoing Rock Invasion 2 tour, which finally kicked off this week after a two-year pandemic delay.