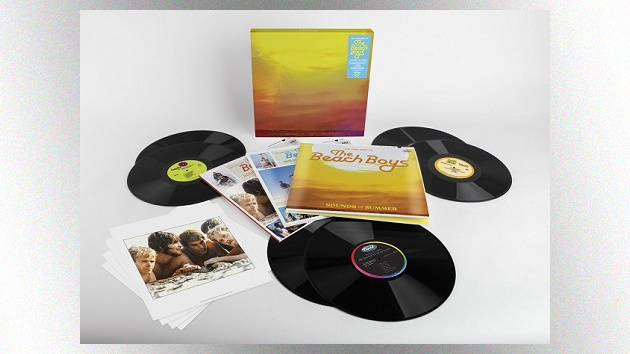 The Beach Boys are launching a yearlong worldwide celebration to mark their 60th anniversary that will include special audio releases, an official documentary, a tribute special, new music videos, exhibitions, other commemorative events, and more.

Kicking things off will be an expanded and remastered reissue of the band’s 2003 hits compilation Sounds of Summer: The Very Best of The Beach Boys that will be released on June 17.

The track list boasts nearly every top-40 single that the band released, including “California Girls,” “I Get Around,” “Surfer Girl,” “Surfin’ U.S.A.,” “Fun, Fun, Fun,” “Help Me, Rhonda,” “God Only Knows,” “Good Vibrations” and “Kokomo.” Newly added songs include such gems as “Feel Flows,” “Sail On Sailor” and “Surf’s Up.”

The Sounds of Summer reissue includes 24 new mixes, with two tracks getting stereo mixes for the first time. The collection, which can be pre-ordered now, will be available as a three-CD set, digitally and as a six-LP vinyl package. A limited-edition, numbered version of the vinyl collection will feature a rainbow foil slipcase and four lithographs.

A remastered version of the original 30-track compilation also will be released, on CD and as a two-LP set.

In advance of the reissue’s arrival, a new stereo mix of “Good Vibrations” has been made available as a digital single.

The Beach Boys also are planning to release an archival multi-disc set this fall that delves into two of the band’s early-’70s albums — 1972’s Carl and the Passions — “So Tough” and 1973’s Holland.