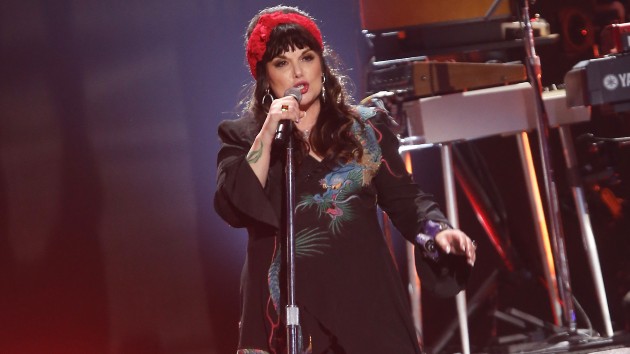 Heart‘s Ann Wilson is releasing her new solo album, Fierce Bliss, this Friday, but her famous band is always looming in the background. For one, Wilson says she’s enthusiastic about the in-the-works Heart biopic which, as previously reported, is being scripted by Portlandia star and Sleater-Kinney member Carrie Brownstein.

Speaking with the U.K. paper The Independent, Wilson says, “It is very strange, just the idea of somebody portraying me. But Carrie just really gets it. She’s the best – so smart and funny and talented.”

“And she’s trying to make sure it doesn’t fall into so many of these rock movie clichés,” Wilson adds. “She’s trying to get away from that and really tell the story of what it’s like for these two people, my sister [Nancy] and I. To make it real.”

While the Wilson sisters went on record earlier this year about their disagreements regarding Heart’s future as a live band, Ann said last month that they have “a bunch of stuff” planned for 2023, which will mark Heart’s 50th anniversary.  For example, Ann tells The Independent that the band is hoping to return to the city where Heart played their very first gig for a 50th anniversary show.

That city is Vancouver, where Wilson recalls that Heart played a venue called The Cave. Their audition for the gig was a disaster, she recalls. Because Nancy hadn’t yet joined the band, Ann was playing guitar as well as singing. “My [guitar] strap came off and so my guitar fell off during “Stairway to Heaven,’” she laughs.

Wilson will kick off a series of tour dates with her backing band The Amazing Dawgs in support of Fierce Bliss starting May 4 in San Francisco.