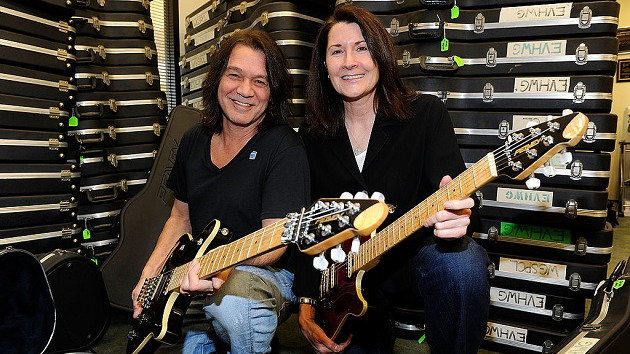 The late Eddie Van Halen put aside a substantial amount of money that was recently donated to the youth music education organization Mr. Holland’s Opus Foundation, the nonprofit has announced.

According to a statement, the rock guitar great, who died of cancer in October 2020 at age 65, left “a meaningful percentage of his estate to the organization in his will.” In the decade before his passing, Van Halen forged a close relationship with Mr. Holland’s Opus Foundation and embraced the organization’s mission of helping students who attend at-risk public schools develop a passion for music.

The statement notes that Eddie’s donation will help the foundation to assist more schools, hire more employees, improve its technology and more.

“Eddie’s support and friendship over the years meant the world to us and to his fans. His passion for music and our work created a strong bond, which is evident in his extraordinary bequest,” says the foundation’s president and CEO, Felice Mancini. “To know how much our foundation meant to Eddie is intensely humbling and gratifying to all of us — and we know that Eddie’s family is confident that his powerful legacy and values live on through our efforts.”

Eddie’s son, Wolfgang Van Halen, also has become a major supporter of Mr. Holland’s Opus Foundation, and has been carrying on the partnership his dad began with the charity. In tribute to his father, he donated the proceeds from his group Mammoth WVH‘s solo single, “Distance,” to the foundation.

“Mr. Holland’s Opus Foundation and the work they do for music education was always something that was important to my father,” says Wolfgang. “I am incredibly proud to help facilitate this donation as he wished.”