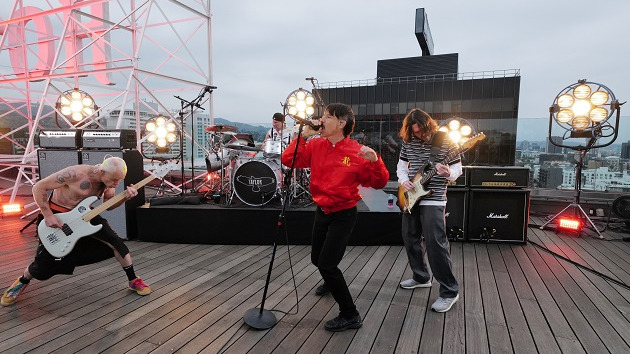 If the new Red Hot Chili Peppers album has you itching to shred yourself, Fender is here to help.

The famed guitar company has announced the addition of Chili Peppers songs to its Fender Play guitar instruction app, which allows users of all levels to play along to hits from some of the biggest names in rock.

Among the RHCP tunes now available in Fender Play include “Suck My Kiss,” “Under the Bridge,” “Californication,” “Scar Tissue” and “Can’t Stop,” as well as “Black Summer,” the lead single off the aforementioned new album, Unlimited Love.

Judging by its first week of sales, a whole lot of people have been jamming along to Unlimited Love. The record debuted at number one on the Billboard 200 with the best sales week for any rock album since Paul McCartney‘s 2020 solo effort, McCartney III.