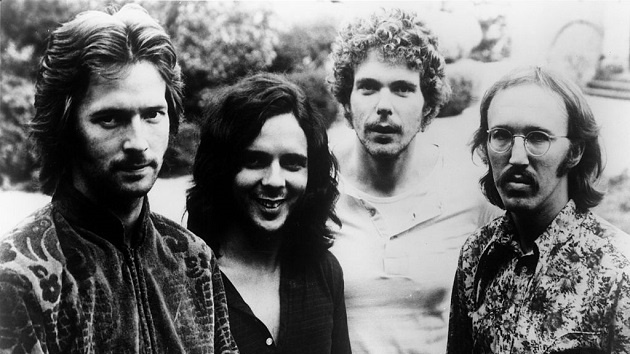 Bobby Whitlock is best known as a member of Eric Clapton‘s 1970s band Derek and the Dominos, but in recent years, the singer, keyboardist and songwriter also has become a prolific painter.

On April 1, Whitlock’s first-ever art exhibition opened at the Crockett County Museum in Bobby’s current hometown of Ozona, Texas, and the 74-year-old musician will be at the museum this Wednesday, April 13, for a special meet-and-greet event that runs from 11 a.m. to 2 p.m. CT.

The exhibit features almost 200 of his paintings displayed throughout the museum’s three floors, and Whitlock tells ABC Audio that he feels like he’s making art history with such an auspicious debut exhibition.

“No other artist has ever had this happen, where their first exhibition [features] nearly 200 works of art, and in a museum on top of that,” he enthuses. “Generally, an artist gets maybe a showing at a gallery [with] couple of pieces, that’s it.”

Whitlock says the exhibit came about when he was approached by one of the museum’s curators at the local post office.

She said, ‘I’ve been on your [websites] and I love your art, and would you like to do an exhibition?'” he recalls. “And I said, ‘Yeah, that’d be great,’ you know, ’cause I didn’t know what I was gonna do with all of my paintings.”

Bobby says he happily surprised when he was informed that so much of his artwork would be displayed, and that the exhibit was to run for six months.

As for how he felt getting to view his paintings hung on the walls of a museum, Whitlock notes, “[I]t took my breath away…It was pretty astounding to see something like that.”

To find out more about Whitlock’s paintings, visit BobbyWhitlockArt.com.