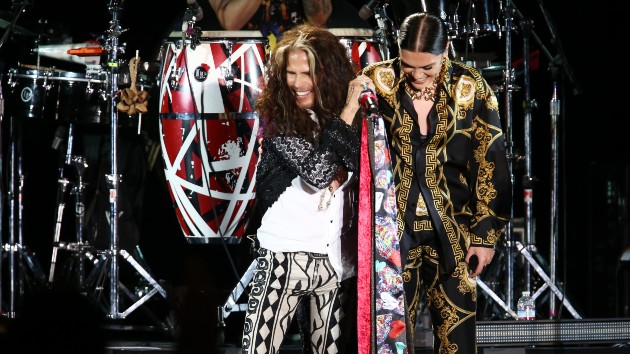 Steven Tyler‘s Grammy viewing party raised millions for charity, and featured a performance by the Aerosmith frontman himself.

The fourth annual event raised $4.6 million for Janie’s Fund, Tyler’s charity that helps girls who’ve been abused or neglected. It’s named after Aerosmith’s 1989 hit “Janie’s Got a Gun.”  Some of the money raised came from a silent auction, where one of the items sold included the grand piano that Aerosmith has been using onstage since 2011, signed by Tyler.

Miley Cyrus was supposed to be the night’s entertainment, but she dropped out after testing positive for COVID-19, so British pop star Jessie J filled in, and duetted with Tyler on “Walk This Way.”  Tyler himself also performed “Dream On.”

A grateful Tyler told the crowd, “Even in the absence of our 2021 GRAMMY party, so many of you stepped up and made generous contributions which meant we kept them safe and met their needs and ultimately more ‘After Care’ for more girls, in more states than ever before — and that takes my breath away.”