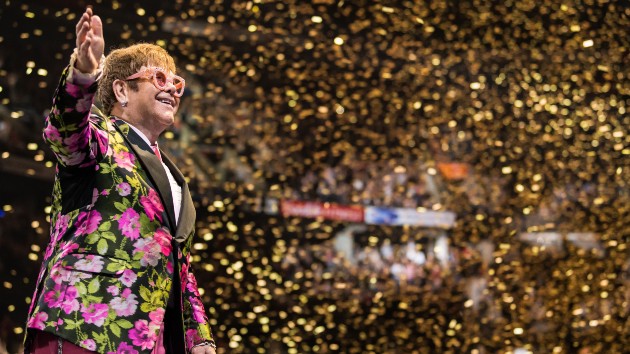 If it seems like Elton John announced his Farewell Yellow Brick Road Tour years ago, it’s because he did: It was January 2018. But now, he’s reached the end of the road — in North America, anyway.

Elton has just announced 11 North American stadium dates that will include the actual, very last, we promise, U.S. and Canadian shows of the tour. He’ll say goodbye to the continent on November 20 at LA’s Dodger Stadium — the site of one of his most iconic career concerts — and it’ll mark his landmark 2,000th U.S. concert in a 52-year career of touring.  When the tour ends, Elton will have played in all 50 states.

Tickets for the 11 dates go on sale Wednesday, April 6, at 10 a.m. local time via EltonJohn.com. Members of his Rocket Fan Club have access to a pre-sale this Friday.

In a statement, Elton says, “Thank you for sharing this journey with me. I cherish these memories we’re making together. It has been nothing short of incredible and I look forward to seeing you very soon one last time, on my Farewell Yellow Brick Road Tour.”

The tour won’t actually finish until sometime in 2023, which is when Elton will perform in Australia, New Zealand and Europe.