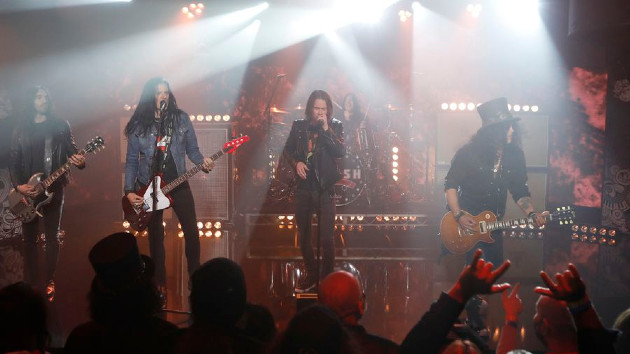 Slash and his solo band Myles Kennedy & the Conspirators have announced an upcoming streaming concert, Live from Boston.

The virtual show was filmed during the group’s performance at Beantown’s House of Blues venue earlier this month. You can watch it from the comfort of your own home via the streaming platform Veeps beginning April 15 at 3 p.m. ET.

Tickets are on sale now via SMKC.Veeps.com.

Slash and the Conspirators have been touring the U.S. over the last couple months in support of their new album, 4, which dropped in February. The outing concludes this Saturday in Orlando, Florida.

4, the aptly titled fourth Conspirators album, features the lead single “The River Is Rising.” The record’s next single will be the track “April Fool.”