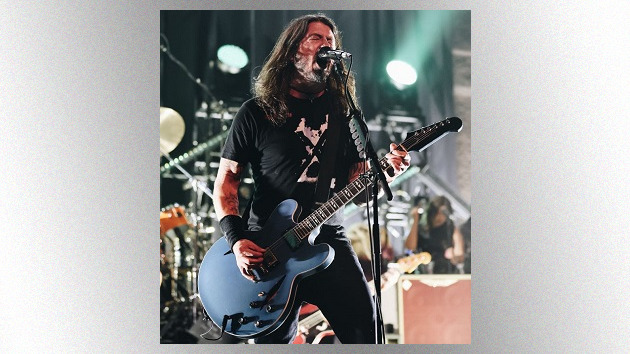 Foo Fighters frontman Dave Grohl apparently is set to release an EP this week under the moniker Dream Widow, which is the fictional heavy metal band featured in his real-life group’s new horror-comedy film, Studio 666.

According to Variety, Grohl will drop the EP this Friday, March 25, via digital formats, while physical versions are expected to be released later in 2022.

Ahead of the premiere of Studio 666 last month, Grohl released a thrash-metal-inspired track as Dream Widow called “March of the Insane,” and he told Rolling Stone that he was hoping to release a full Dream Widow album at the same time that the movie premiered.

That didn’t happen, but it looks like more Dream Widow songs will be available in just a few days. Meanwhile, Studio 666 is available now on demand.