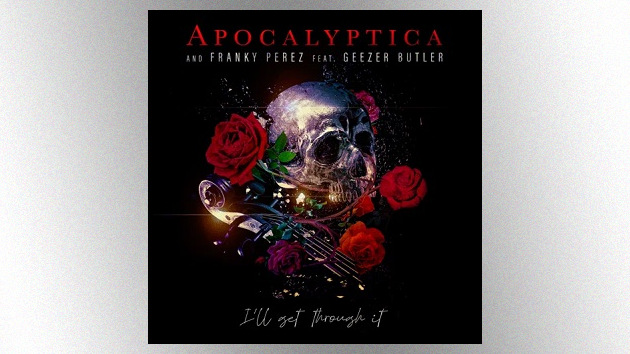 The track, which is available now via digital formats, features vocals by Franky Perez, who was a touring member of Apocalyptica from 2014 to 2016 and sang with the cello-led metal band on its 2015 album, Shadowmaker. Perez and Butler also were members of the short-lived band Deadland Ritual, as were longtime Billy Idol guitarist Steve Stevens and ex-Guns N’ Roses drummer Matt Sorum.

“I’ll Get Through It” was written by prolific hit songwriter Diane Warren, whose long list of credits include Aerosmith‘s “I Don’t Want to Miss a Thing,” Chicago‘s “Look Away,” Cher‘s “If I Could Turn Back Time,” and many, many others.

Apocalyptica will kick off a new U.S. tour, with Perez on vocals, on  April 7 in Atlanta.