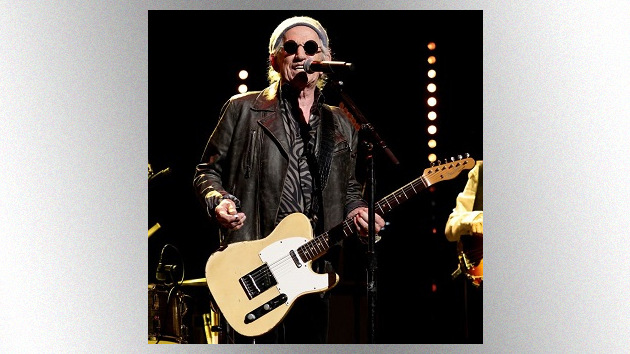 In a new interview with Apple Music 1’s Zane Lowe, Keith Richards reflects on his soon-to-be-reissued 1992 solo album, Main Offender, and working with his solo backing band The X-Pensive Winos, including drummer Steve Jordan, who now also keeps the beat for The Rolling Stones.

Richards says he thinks the remastered version of Main Offender, which will be released this Friday, March 18, sounds great.

“I hadn’t heard it for a long time, and that was one of the first things that struck me,” he notes, adding, “Yeah, I love that band.”

Main Offender was Richards’ second solo album, following 1988’s Talk Is Cheap. Keith says he was glad to work again with The X-Pensive Winos, because after the experience of recording and touring behind Talk Is Cheap, he felt “it was only just a beginning…and I felt the band feeling that way.”

Richards explains that it was late Rolling Stones drummer Charlie Watts who suggested he play with Jordan when he was forming a solo group during The Stones’ 1980s hiatus. Keith had wanted Charlie in his band, but he notes that Watts had said, “[N]o, you don’t want me…It’d just be like half the Stones. And that’s not what you should be.”

Richards wound up really connecting with Jordan, who also became his main songwriting partner for his solo releases. Then, last year, when Watts knew he’d be too ill to tour with The Stones, he again nominated Jordan as his replacement.

“[Charlie] thought that [Steve] was going to maybe just replace for a bit, but as it turned out, well…,” Keith laments, adding, “[I]t felt very comfortable to have my old friend solid there on the seat. It’s like, at least I know the man.”