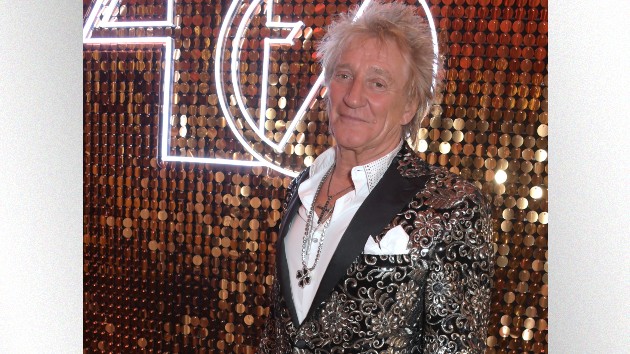 Rod Stewart may be a rich and famous rock star, but he’s not afraid to get his hands dirty.

A few days ago, Sir Rod, 77, posted two videos on Instagram of himself shoveling gravel with a road crew as they attempted to fill in a bunch of muddy holes all along the road in Harlow, Essex, England, that leads to his mansion.

“I’m repairing the street where I live, ’cause no one could be bothered to do it,” Rod says in the first video.  In the second clip, he shows off the pothole-ridden dirt road, and says, “This is the state of the road where I live. People are bashing their cars up, and the other day, there was an ambulance with a burst tire.”

Of course, Rod’s motivation to repair the road isn’t solely altruistic. “My Ferrari can’t go through here at all,” he admits. “So me and the boys thought we’d come here and do it ourselves!”  He also complains about the “millions and millions of pounds” that have been spent fixing a nearby highway.

However, one fan noted, “Don’t hurt yourself! I’ve got tickets to see you in June!”

Another fan commented, “Takes you back to your graveyard days I’m sure,” referring to the story that, in his pre-fame days, Rod worked as a gravedigger.  Rod later admitted in his autobiography that the story wasn’t true, but he’d gone along with it.  In reality, he did work in a cemetery, but his job was measuring out plots, not digging graves.