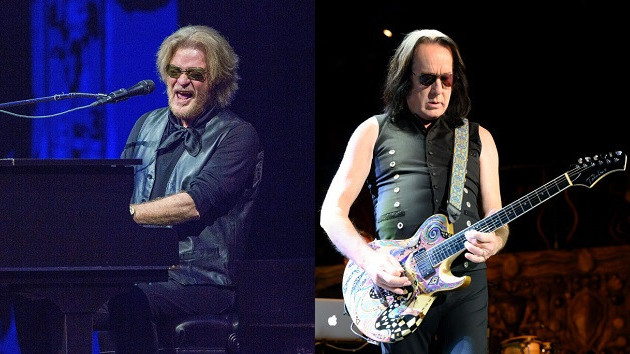 Daryl Hall of Hall & Oates has added a six-show second leg of dates in the Western U.S. to his recently announced spring solo tour featuring Todd Rundgren as opening act.

The new run kicks off May 12 in Seattle and also features concerts on May 14 in San Francisco; May 16 in Los Angeles; May 18 in Denver; May 20 in Tulsa, Oklahoma; and May 22 in Austin, Texas.

Tickets for the newly added shows go on sale to the general public this Friday, March 18, at 10 a.m. local time via LiveNation.com. Pre-sale tickets also will be available for most of the concerts. Visit LiveNation.com for more information.

As previously reported, Hall’s trek with Rundgren begins with an eight-date series of concerts that runs from an April 1 concert in Chicago through an April 16 show in National Harbor, Maryland, and includes stops at Nashville’s Ryman Auditorium and New York City’s Carnegie Hall on April 5 and April 14, respectively.

The tour coincides with the April 1 release of Hall’s first-ever solo compilation, BeforeAfter, a 30-track collection that features selections from all five of Daryl’s solo studio albums, as well as eight performances from his acclaimed TV/web series Live from Daryl’s House, six of which are previously unreleased.

The Live from Daryl’s House performances include duet between Hall and Rundgren on Todd’s 1978 hit ballad “Can We Still Be Friends.”

You can pre-order BeforeAfter now.