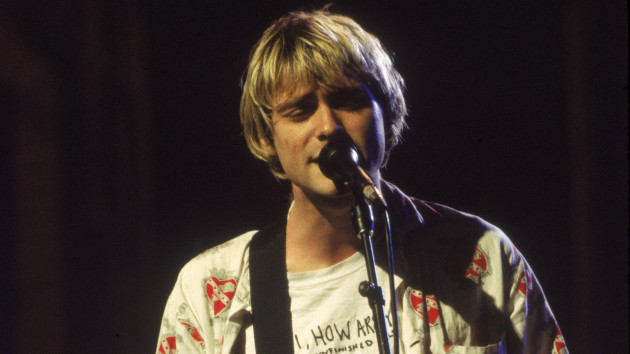 The Batman has a whole lot of people listening to Nirvana‘s “Something in the Way.”

According to Billboard, streams for the Nevermind closer — if you don’t count the hidden track “Endless, Nameless” — have increased about 734% in the first four days since the Robert Pattinson and Zoë Kravitz-starring film premiered last Friday.

“Something in the Way” is used multiple times in The Batman, and was also heard in the movie’s trailer. In fact, the song heavily influenced writer-director Matt Reeves‘ interpretation of the comic book icon.

“Early on, when I was writing, I started listening to Nirvana, and there was something about ‘Something in the Way’…which is part of the voice of that character,” Reeves told Esquire magazine.

“When I considered, ‘How do you do Bruce Wayne in a way that hasn’t been seen before?’ I started thinking, ‘What if some tragedy happened and this guy becomes so reclusive, we don’t know what he’s doing? Is this guy some kind of wayward, reckless, drug addict?'” the filmmaker explained. “And the truth is that he is a kind of drug addict. His drug is his addiction to this drive for revenge. He’s like a Batman Kurt Cobain.”

﻿The Batman﻿ is in theaters now.