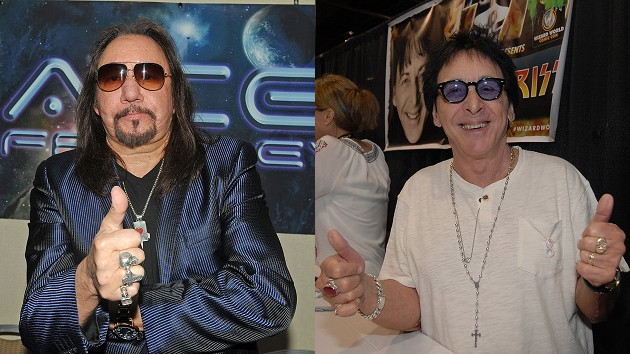 Here’s some exciting news for KISS fans: According to the promoter of the Creatures Fest event, taking place May 27-29 in Nashville, founding guitarist Ace Frehley and drummer Peter Criss will reunite to perform a few songs together during the first night of the festival.

Frehley and Criss, as well as two other surviving former KISS members — guitarists Vinnie Vincent and Bruce Kulick — already had been announced as part of the Creatures Fest lineup, but promoter Neil Davis announced in a video message posted on Facebook that Peter had just agreed to join Ace during the latter musician’s previously scheduled May 27 headlining performance.

Neil continued, “I don’t know about you, but I’m speechless about this…It’s gonna be very, very cool. I know talking to them that they are both really excited about doing this together, about playing some songs.

Davis added, “I don’t know what they’re gonna play. I don’t know if they’re going to let us know. It’ll probably a secret, but whatever it is. How cool!”

Creatures Fest also will feature performances by Vincent and Kulick on May 28 and May 29, respectively. Also performing at the festival will be Quiet Riot, Vixen, Enuff Z’Nuff, ex-Motley Crue singer John Corabi and others.

The event, which will be held at the Sonesta Nashville Airport Hotel, also will feature ticketed meet-and-greets with the various performers, a pool party, expos and more.