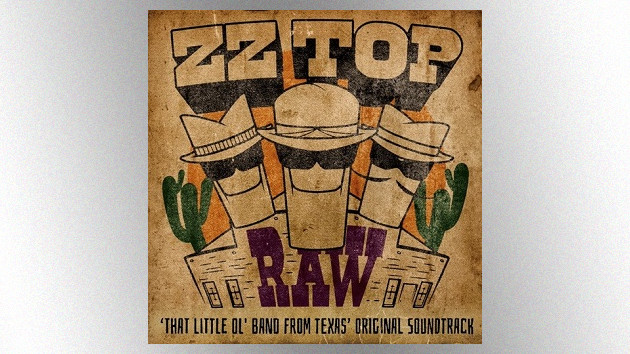 ZZ Top has will release a new album called Raw on July 22 that was recorded in conjunction with the famed blues-rock trio’s 2019 documentary, That Little Ol’ Band from Texas.

That film included a segment where ZZ Top’s classic lineup — singer/guitarist Billy Gibbons, bassist Dusty Hill and drummer Frank Beard — played an intimate set of songs from their back catalog at historic Gruene Hall in New Braunfels, Texas, and that “raw” performance served as the basis for the album.

The 12-track collection boasts versions of such classic ZZ Top hits as “Legs,” “Tush,” “La Grange” and “Gimme All Your Lovin’,” and other gems like “I’m Bad, I’m Nationwide” and “Tube Snake Boogie,” as well as renditions of “Brown Sugar” and “Certified Blues,” two tunes from the band’s 1971 debut, ZZ Top’s First Album.

Raw, which was produced by Gibbons, is dedicated “in righteous memory” of Hill, who died in July 2021 at age 72. The record will be available as a 180-gram vinyl LP, on CD and via digital formats.

They add, “‘The Dust’ may have left the building but he’s still very much with us.”

In other news, ZZ Top will launch a new U.S. trek on May 27 in San Diego.  Dubbed the Raw Whisky Tour, the outing is mapped out through a July 23 concert in Watertown, New York. Tickets for most dates go on sale on March 11.