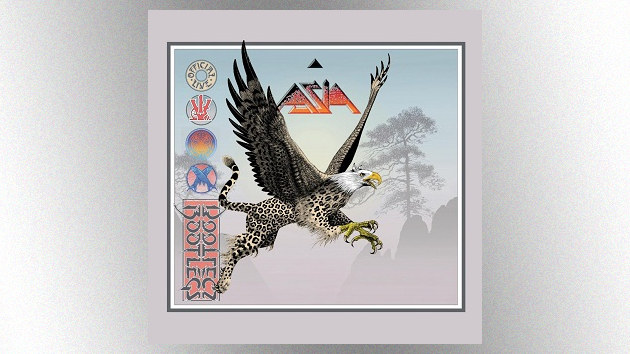 Drummer Carl Palmer, who helped put the collection together, tells ABC Audio that choosing shows from various locations or with diverse set lists weren’t important criteria for what made it to the box set.

Palmer adds, “[I]f there was a better set list but the sound wasn’t as good, then that wouldn’t make it…[W]hen you’re talking about live recordings, you’ve got to go for the best sound, not necessarily the best set list.”

That being said, the five concerts all come from different years and locations, with at least some set variations between each show.

The first concert was recorded at Kleinhans Music Hall in Buffalo, New York, in May 1982. The second show was held at The Centrum in Worcester, Massachusetts in August 1983.

The other three concerts were captured after Asia’s classic lineup reunited for its 25th anniversary — in March 2007 at the Credicard Hall in São Paulo, Brazil; in May 2008 at the International Forum in Tokyo; and in December 2010 at The Forum in London.

Palmer says the timing of the box set’s release was appropriate, with Asia celebrating its classic 1982 self-titled debut’s 40th anniversary, noting that versions of many of the songs from first album are featured on the live recordings.

As previously reported, the current Asia lineup will launch a 40th anniversary tour this summer.