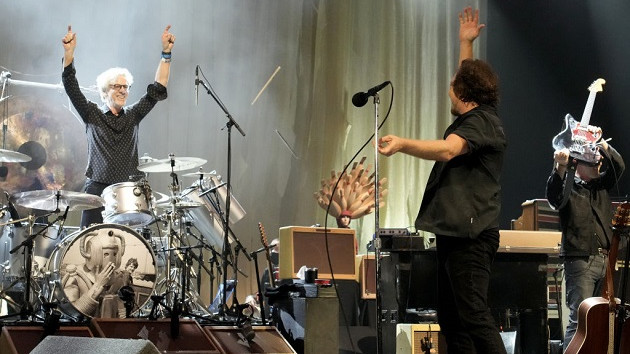 Vedder invited Copeland on stage for the show’s encore, which included a ramshackle cover of The Police’s “Message in a Bottle” — “Still practicing,” Eddie quipped at one point — and a closing performance of Neil Young‘s “Rockin’ in the Free World.”

Copeland’s guest spot allowed Red Hot Chili Peppers‘ Chad Smith, who’s been Vedder’s drummer for the tour, to take a breather during “Message in a Bottle,” but he returned to the stage to play guitar on “Rockin’ in the Free World.”

Fan-shot footage of the performance is streaming now on YouTube.