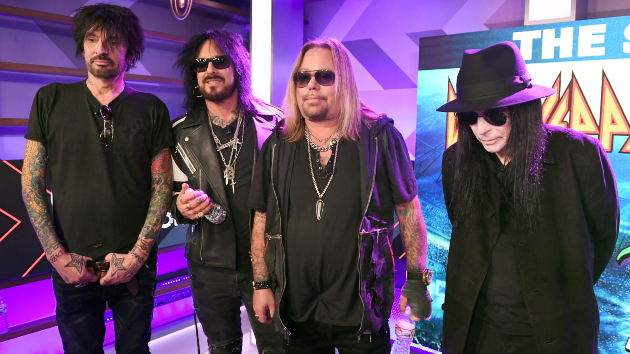 The two bands have announced an additional five dates to their upcoming joint outing, which will also feature Poison and Joan Jett and the Blackhearts on the bill. The new shows will take place August 8 in Toronto, August 16 in Indianapolis, September 2 in Vancouver, September 4 in Edmonton, and September 9 in Las Vegas, which will mark the final date on the tour.

The Stadium Tour was first announced back in 2019, and marked the reunion of Mötley Crüe just four years after they played what was billed as their “final” show, effectively voiding the group’s “cessation of touring agreement.”

Originally planned for 2020, the Stadium Tour has been delayed multiple times due to the COVID-19 pandemic. It’s set to finally launch this year starting June 16 in Atlanta.

For the full list of dates and all ticket info, visit Motley.com.