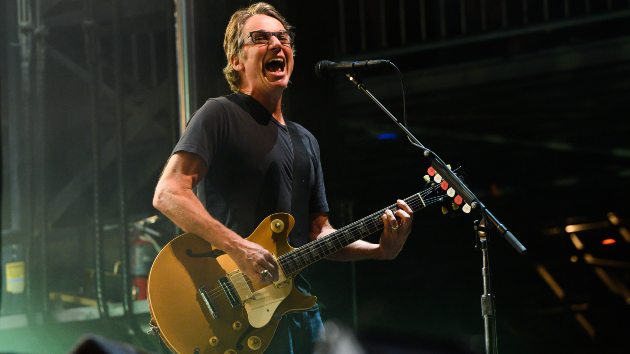 Well, at least one member of Pearl Jam at one time liked Mötley Crüe.

“At the time, it was punk-like,” Gossard said of the record.

Normally, a rock artist saying they once bought a Mötley Crüe album wouldn’t be news, but Gossard’s comments arrive in the middle of a tiff between band mate Eddie Vedder and Crüe bassist Nikki Sixx.

As previously reported, Vedder told The New York Times Magazine in a interview that he “despised” Mötley Crüe, a declaration to which Sixx responded by calling Pearl Jam “one of the most boring bands in history.”

Vedder seemingly returned fire during a recent live solo show, when he noted how the drum kit in his band “does not need to elevate or rotate to do its job,” which was interpreted as a jab at Crüe drummer Tommy Lee‘s elaborate drum roller coaster.

Should any other Pearl Jam members share their opinions on Mötley Crüe, we’ll let you know.