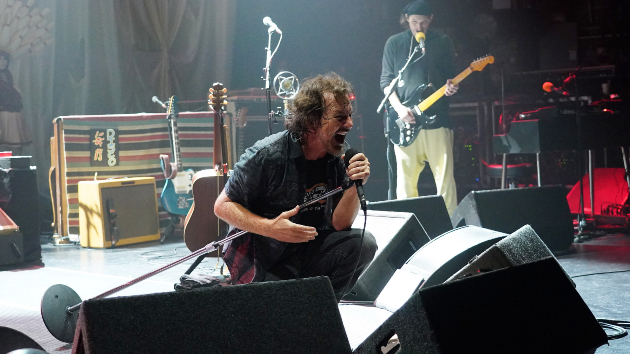 Two dates on Eddie Vedder‘s ongoing solo tour are being postponed due to a positive COVID-19 case.

“We have been following COVID protocols but still had a positive test in our touring party,” reads a statement posted to the Pearl Jam frontman’s Instagram. “The appropriate response is to postpone the next two shows. Everyone, please take care.”

The affected dates include stops in San Diego and Los Angeles, originally scheduled for February 15 and 17, respectively. The shows will now take place February 25 in LA, and February 27 in San Diego.

Previously purchased tickets will be honored for the new dates. Refunds are available for those who can no longer attend.