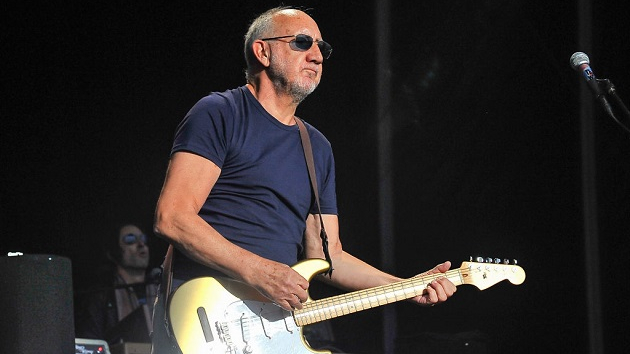 The Who recently announced dates for a new two-leg 2022 North American trek dubbed The Who Hits Back! tour, marking the British rock legends’ return to the road after their postponing tour plans multiple times because of COVID-19.

In a new Rolling Stone interview, guitarist/songwriter Pete Townshend, 76, notes that although the new outing is “not a farewell tour,” he is hoping to retire from the road at some point.

“I had a conversation with [singer] Roger [Daltrey]. I said to him, ‘I don’t want to be like one of these guys that dies on tour,'” Townshend notes. “I do want to retire. And by ‘retire’ I don’t mean retire from being a musician or artist or creator.”

He adds, “Roger is of the opinion that he wants to sing until he drops. That’s not my philosophy of life. There are other things that I want to do…and will do, I hope. I hope I’ll live long enough to do them.”

For now, Townshend says The Who are committed to keep touring at least through 2023, when he says the band will be rescheduling the U.K. trek they postponed.

Meanwhile, Townshend says he been “very, very busy” working on various music projects, both for himself and with other artists.  One project is music for a previously reported art installation connected to his 2019 novel, The Age of Anxiety.  Another is a charity project to raise money for the Teenage Cancer Trust that involves “old music that’s been re-recorded,” and “possibly a podcast.”

Pete also has been collaborating with U.K. folk artist Reg Meuross “on a podcast [and a song cycle] about Woody Guthrie called Fire and Dust,” as well as with a group called the Bookshop Band that “write songs about novels and fictional books.”