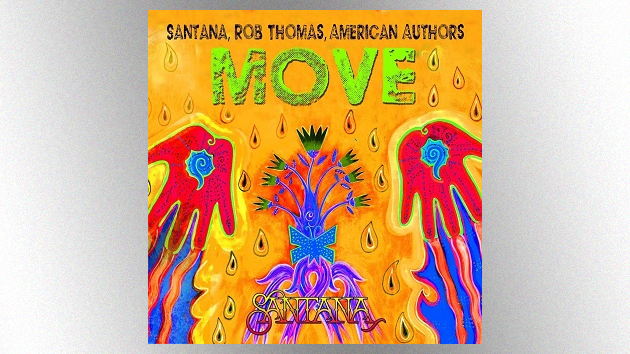 Carlos Santana‘s reunion single with “Smooth” collaborator Rob Thomas, “Move,” was released back in August of 2021, but now the song has made it into the top 10 on the Adult Contemporary airplay chart. The Matchbox Twenty frontman says he’s happy about the success of the single — which also features American Authors — simply because he would’ve hated to see something he likes so much get ignored.

“At some point you get old enough where…you don’t live and die by things doing well,” he tells ABC Audio. “But obviously, when you write music, you want to know that people are getting to hear it.”

He adds, “That’s the worst thing ever…when you put out something and them for some reason or another, signals get crossed, it just doesn’t quite land and you realize that it just means that a lot of people don’t get to hear something you worked really hard on.”

Thomas goes on to say that in that respect, the success of “Move” is “kind of amazing.”

He explains, “It’s great that something that Carlos and I really love and care about and…all the American Authors guys, we did something that meant a lot to us, and it can mean something to somebody else.”

“Move” is on Santana‘s album Blessings and Miracles. Rob plans to put out new music with Matchbox Twenty ahead of their upcoming tour, and he also has a solo album ready to go at some future date.