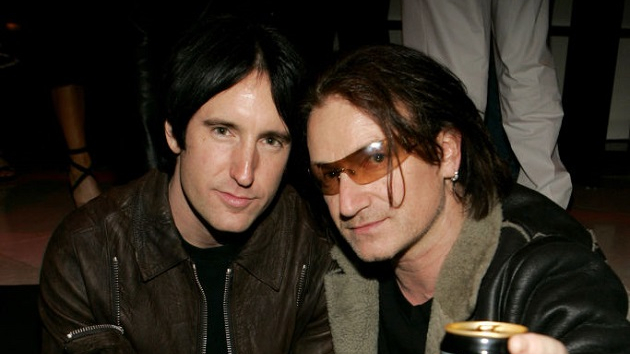 Earlier this month, plans for an art exhibit at the Los Angeles County Museum of Art inspired by music from dozens of acts, including U2 and Nine Inch Nails, was announced. Now you’ll be able to buy your own version of those artworks — for a hefty price.

The exhibit, “Artists Inspired by Music: Interscope Reimagined,” marks the 30th anniversary of Interscope Records and features over 50 original works by visual artists relating to a particular album or song from the Interscope catalog.

As previously reported, the U2-themed art was based on the band’s 2000 hit “Beautiful Day,” and was created by John Currin, while Two NIN albums, Broken and The Downward Spiral, served as inspiration for two separate pieces of art that will be featured in the exhibit, created by Emily Mae Smith and Richard Prince, respectively.

Starting January 27, you’ll be able to buy limited-edition vinyl albums featuring the artwork from the exhibit. There will be 100 copies of each album available, and each will come with a numbered archival quality print of the artwork on the cover. On top of that, each album will be delivered in a custom Gucci box. The price? $2,500 each.

The albums will be released in groups, with the first group being available to purchase from January 27 through January 31, exclusively via the app for the livestream shopping platform NTWRK. All profits will go to a charity foundation which is building a school in L.A.

The “Artists Inspired by Music: Interscope Reimagined” exhibit will be on display at the Los Angeles County Museum of Art from January 30 to February 13. For more info, visit LACMA.org.