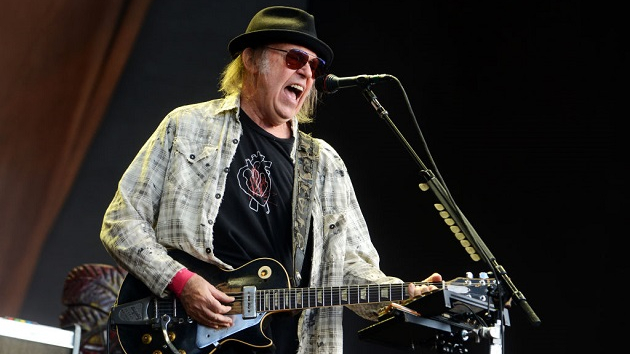 Neil Young has demanded that Spotify either stop hosting the popular podcast The Joe Rogan Experience or remove his music from the streaming service.

Rolling Stone reports that Young recently posted online a now-deleted letter he sent to his manager and record label in which he explains that he’s giving Spotify this ultimatum because he feels the podcast “is spreading fake information about vaccines — potentially causing death to those who believe the disinformation being spread by them.”

Young then tells his reps in the letter, “Please act on this immediately today and keep me informed of the time schedule.”

Neil continues, “I want you to let Spotify know immediately TODAY that I want all my music off their platform. They can have [Joe] Rogan or Young. Not both.”

Young’s demand comes after, according to Rolling Stone, 270 doctors, physicians, and science educators signed an open letter last month asking Spotify to stop spreading what they consider Rogan’s misinformed and baseless claims regarding the COVID-19 pandemic.

Neil adds in his letter, “With an estimated 11 million listeners per episode, JRE, which is hosted exclusively on Spotify, is the world’s largest podcast and has tremendous influence. Spotify has a responsibility to mitigate the spread of misinformation on its platform, though the company presently has no misinformation policy.”

At the time Rolling Stone published its article, it says Spotify hadn’t responded to the magazine’s question about whether they intended to remove Young’s music from the service. You could still stream Neil’s recordings on Spotify as of this morning.