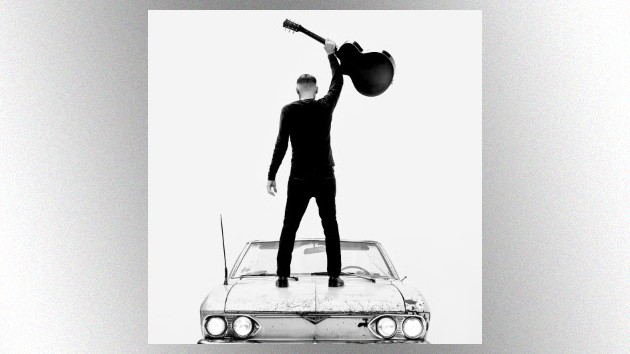 Bryan Adams has released yet another song and video from his forthcoming album So Happy It Hurts, which is due out March 11.

The new track is called “Never Gonna Rain,” and Bryan explains what it’s about in a statement. “The ultimate optimist is someone who keeps on expecting the best, even in the face of the worst,” he notes. “Living in the moment, instead of in fear. Turning the negatives into positives. Taking the rain and turning it into a gift.”

The simple black-and-white video shows Bryan playing bass with his band as they stand outside what looks like a loading dock.

“Never Gonna Rain” is the fourth track Bryan’s released from So Happy It Hurts, following the title track, “On the Road” and “Kick A**.”  A limited-edition box set, which features CD, vinyl, a signed photo and a hardbound book, is available to pre-order at Bryan’s online store.

Bryan’s got some European dates lined up that begin this weekend; no word on when he’ll return to North America.