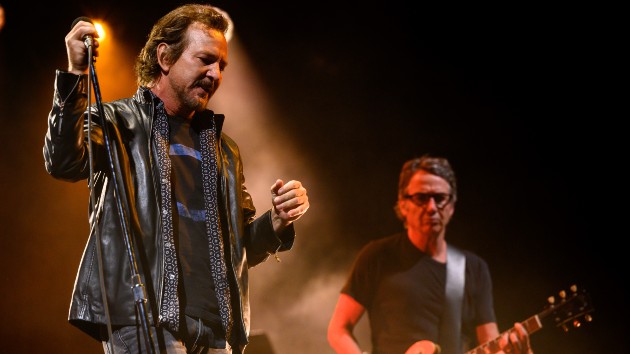 Eddie Vedder‘s new solo album Earthling was produced by Andrew Watt, and now the Pearl Jam frontman says Watt may also be behind the board for his band’s next studio album, the follow-up to 2020’s Gigaton.

Vedder is featured in the new issue of U.K. magazine MOJO and, according to Bang! Showbiz, in the interview, he says, “We’ll make a record with Andrew, I believe. We’ve already talked about it.”

Vedder also noted that Pearl Jam will “be recording, because now we’ve got a healthy ambition to do so,” adding, “I think we’ll move quick for a year or two, then I can see us slowing down for a little bit.”

Reflecting on Pearl Jam’s future plans, Eddie noted, “We have the ability to play better than ever, but also know what we want to maintain the health of the group and want to keep coming back.”