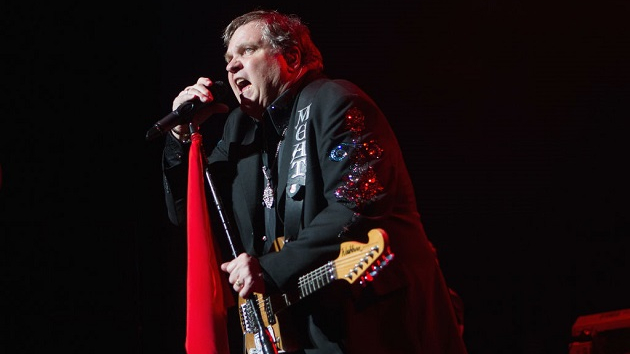 The music world is mourning the death of Bat Out of Hell singer Meat Loaf, who passed away Thursday at the age of 74. A cause of death is unknown at this time. The singer and actor, born Marvin Lee Aday, sold more than 100 million albums worldwide, appeared in more than 65 movies, and won a Grammy in 1994 for “I Would Do Anything For Love (But I Won’t Do That).”

Among the many stars saluting Meat Loaf on social media were Queen guitarist Brian May, Randy Bachman of The Guess Who and Bachman-Turner Overdrive fame, and current Queen singer Adam Lambert, who played Eddie — the character Meat Loaf portrayed in The Rocky Horror Picture Show — in the 2016 TV revival of the musical film.

Here’s what the music world is saying about the larger-than-life singer with the powerhouse voice:

Brian May: “Completely gutted that Meat Loaf has left us. Always full of madness, with the innocent sense of naughtiness of a 5-year old, Meat was forever young. I called him Mr Loaf, and he called me when he wanted some wacky guitar playing. We had so much fun so many times, and, just three months younger than me, he felt like a brother. Dear Meat, the world is mourning and will miss your fine and powerful presence for a very long time. RIP.”

Randy Bachman: “What a legend, what a career, what a legacy. Rest In Peace, Meatloaf. Thank you for the lifetime of music that will stay with us forever.”

Adam Lambert: “A gentle hearted powerhouse rockstar forever and ever. You were so kind. Your music will always be iconic. I’m sure you’re singing concerts in the great beyond. Rest In Peace sir.”

Cher: “Had So Much Fun With Meatloaf When We Did  “Dead Ringer”. Am Very Sorry For His Family, Friends, & Fans. Am I imagining It, or Are Amazing Ppl In The Arts Dying every other Day⁉️”

Ted Nugent: Rest in peace my soulbrother soulmusic bloodbrother! A great man great American rocksolid in the asset column of the American dream! The wonderful Meatloaf force of nature will be with us forever.

Rob Thomas: “I was sitting in a hotel lobby one evening with friends when a nice woman came over and said ‘Loaf would like you to come up to his room’ I was taken aback but you gotta go where the loaf tells you to go. I went up to his room and he was sitting on his bed listening to a cassette of my local band, pre Matchbox, Tabitha’s Secret. It turned out he had been listening to that since the late 90s and was a big fan and just wanted to connect. It was a surreal and wonderful moment with a legend and I’m thankful for it. #rip Marvin and Long Live Loaf.”

Bonnie Tyler: “I am shocked & saddened by the sudden death of Meat Loaf. He was, as you might imagine, a larger than life character with a voice & stage presence to match & is one of those rare people who truly was a one off talent and personality. Rest In Peace.”

Living Colour guitarist Vernon Reid: “A complete original. Meatloaf was the exact opposite of what ‘success’ in Rock & Roll was SUPPOSED to look like. The Anti-Plant. He WORKED being a Mystery Date ‘Dud’ into the ‘100 Million Sold’ that’s the ONLY reason he’s relevant to the Fancy Folk pretending to love him now.”