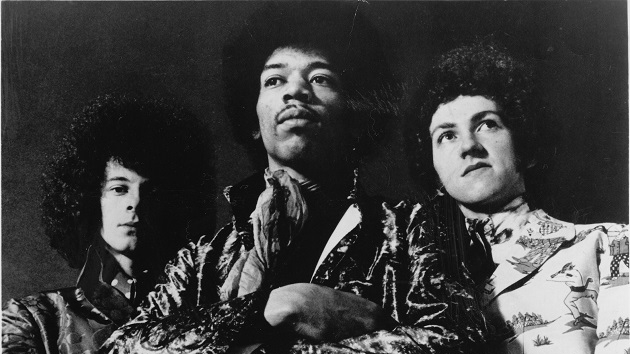 Jimi Hendrix‘s estate has filed a lawsuit against the heirs of the two other original members of The Jimi Hendrix Experience — bassist Noel Redding and drummer Mitch Mitchell — after those parties threatened to sue Jimi’s estate for millions of pounds in alleged unpaid royalties, Billboard reports.

The Hendrix estate, along with the Sony Music label, filed a suit in a New York City court on Tuesday asking that the court rule they owe no money to Redding’s and Mitchell’s estates.

In documents obtained by Billboard, the Hendrix estate and Sony explain they launched their action after the Redding and Mitchell estates sent them a cease-and-desist letter in December in which they threatened to file a lawsuit in a British court demanding millions of pounds in unpaid royalties dating back to 1973.

Hendrix’s estate and Sony maintain that Redding and Mitchell had signed away rights to Hendrix’s royalties in exchange for a monetary settlement during legal proceedings that followed the guitar legend’s death in 1970.

However, in the December letter, reps for the Redding and Mitchell estates claimed that the agreements Noel and Mitch signed weren’t enforceable.

“For almost half a century, there has never been any claim by defendants or their successors…concerning the copyright ownership, exploitation of these recordings by plaintiffs, or payments of royalties,” the Hendrix estate and Sony wrote in their suit.

The plaintiffs aren’t seeking any monetary damages in the lawsuit; rather, they want the court to declare that they haven’t done anything wrong.