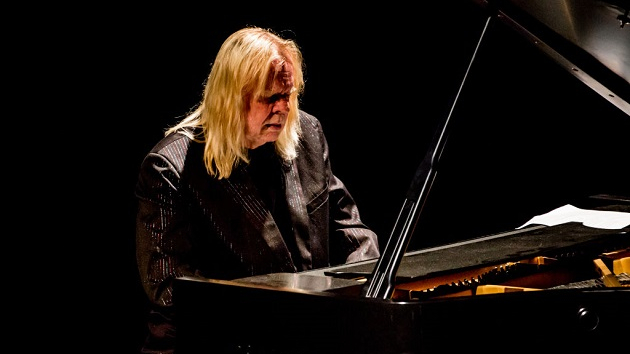 Rick Wakeman is preparing to return to North America in February for a new leg of his Even Grumpier Old Rock Star solo tour, but the former Yes keyboardist also says he’s making progress on a new concept album on which he’s been working for a while.

As he told ABC Audio late last year, the project is called A Gallery of the Imagination. Explaining the concept, the 72-year-old Rock & Roll Hall of Famer noted, “[I]f you go into an art gallery, you’ll see all kinds of paintings…from surrealistic to renaissance paintings to modern art…So I wanted to have an album which was a gallery of all different kinds of music.”

In a recent post on his website, Rick said of the project, “I am really pleased with how it’s coming together and I now am going to spend some time playing around with the song melodies and the lyrics ready to send to [singer/sax player] Hayley [Sanderson] and also some more work from me is [needed] as regards the keyboard arrangements for the instrumentals.”

Wakeman told ABC Audio that in conjunction with the album, he plans to encourage fans to create works of art inspired by each track, and then “we want to collect them all and…get hold of a big gallery somewhere…and have those pictures [displayed].”

Rick envisions people who visit the gallery will put on headphones and listen to the songs from the album while looking at the corresponding pieces of art inspired by the tracks.

He added, “I suppose [it’s] the next stage of being interactive with the audience.”

Wakeman’s 2022 The Even Grumpier Old Rock Star Tour starts on February 22 in Seattle and is mapped out through a March 14 show in Toronto.