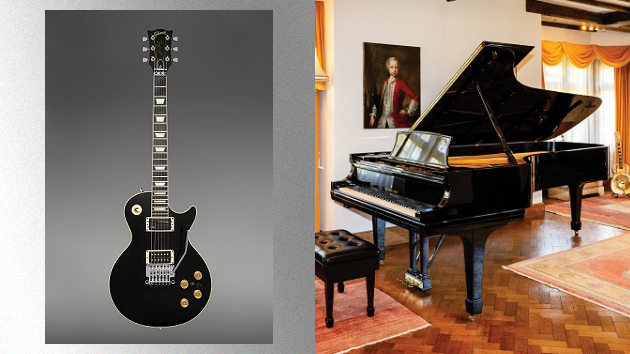 With 2021 in the record books, Heritage Auctions has announced that it raked in a record of its own: $1.4 billion in sales from everything from sports memorabilia to comic books to coins to music-related collectibles.

The 45-year-old institution revealed that among the year’s biggest sellers in the latter category were a collection of guitars belonging to Journey‘s Neal Schon, and a touring piano played by Elton John.

Schon’s guitar collection, which was auctioned in July, brought in a total of $4.2 million, and included 10 instruments that fetched six figures.

Among the more than 90 instruments that were sold was the 1977 Gibson Les Paul Deluxe Black Solid Body model that Schon used to record many songs on Journey’s chart-topping 1981 album, Escape, including “Don’t Stop Believin’.” That guitar was purchased for $268,000, including fees.

Meanwhile, Elton’s touring piano, a Steinway grand that the pop-rock legend played on the road for about 20 years, fetched $915,000 at a July auction. Elton wrote a note in black marker on the piano’s gild-iron frame that reads, “Enjoy this as much as I have, Elton John.”