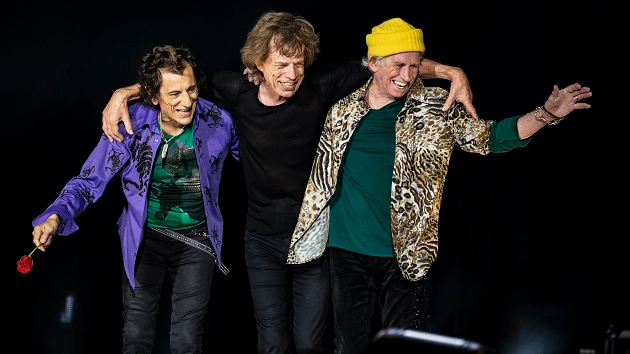 The Rolling Stones made some very sad and very happy news in 2021. The sad news was that the band lost its beloved drummer, Charlie Watts, who died in August at the age of 80 after playing with the group for over 58 years.

The happy news was that, after postponing a planned U.S. tour in 2020 because of the COVID-19 pandemic, The Stones returned to the road in the fall of this year for a stateside leg that became the highest-grossing tour in the world for 2021.

The Rolling Stones unveiled their plans for a new U.S. leg of their No Filter Tour in late July. Just a couple weeks later, however, it was announced that Watts would likely not be able to join the band on the trek because he was recuperating from a medical procedure, and that he had personally chosen acclaimed session drummer Steve Jordan to fill in for him.

The Stones reportedly had expected Watts to make a full recovery, but he passed away on August 24 in a hospital, surrounded by family members.

With Jordan behind the drum kit, The Rolling Stones officially launched their 2021 tour on September 26 in St. Louis. The band dedicated the trek to Watts, and at the start of every show, a video presentation paying tribute to Charlie was shown on the venue’s screens. The 14-date trek wound down with a November 23 concert in Hollywood, Florida. Pollstar announced in December that the first 12 dates of the tour brought in $115.5 million — the final two shows took place after the calculation cut-off date — making the trek easily the highest-grossing in the world this year.

In other noteworthy Rolling Stones-related news that happened in 2021, Mick Jagger released a new collaborative single in April called “Eazy Sleazy” that featured Foo Fighters frontman Dave Grohl on guitar, bass and drums. Also, October saw the release of an expanded 40th anniversary reissue of The Stones’ classic 1981 album Tattoo You. The deluxe versions of the reissue included a bonus disc titled Lost & Found made up of previously unreleased tracks enhanced with newly added vocals and guitars.

Looking forward to seeing you at a show soon, keep safe! pic.twitter.com/sDPDsCvYjg