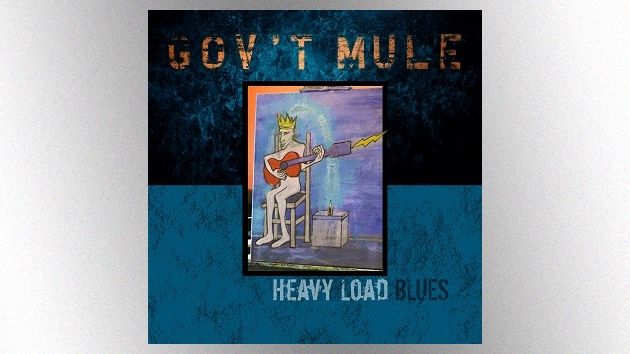 Haynes and company must have done something right, because the album currently is spending its third week at #1 on Billboard‘s Blues Albums chart.

Heavy Load Blues features a mix of covers of songs by blues legends like Howlin’ Wolf, Bobby Blue Bland, Elmore James and Junior Wells and original tunes Warren wrote that were inspired by some of his blues heroes.

Haynes tells ABC Audio that he’s been planning to make a blues album with Gov’t Mule for years, but kept putting it off because of his busy schedule, that is until the COVID-19 pandemic freed up some time for him.

“During the whole COVID lockdown thing, I wrote five or six blues songs…and I had also for several years been compiling a list of blues covers that eventually I would want to tackle,” Warren explains. “And I think the whole lockdown thing just forced that to the forefront…[I]t seemed like the right time to do this.”

Haynes says some of his goals for the record was to include songs by artists that Gov’t Mule hadn’t covered live before, to explore various blues subgenres, and to make the album sound like a vintage recording.

A deluxe version of Heavy Load Blues features several bonus tracks, including, interestingly, a heavy blues interpretation of the 1973 Elton John song “Have Mercy on the Criminal.”

Haynes notes, “[O]ur version is a little heavier and darker [than Elton’s], but it’s perfect that way. It’s a great song and a great story.”