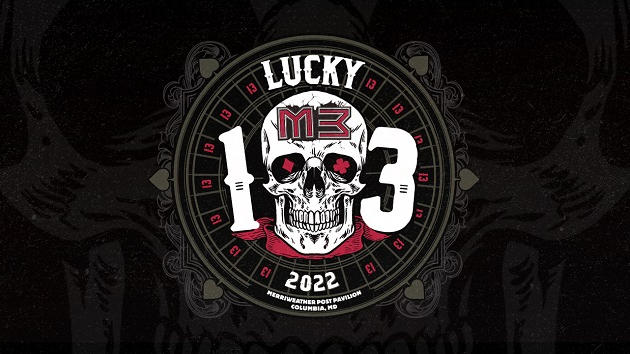 The M3 Rock Festival is set to return in 2022.  The event, which celebrates 1980s-era rock and heavy metal music, is scheduled to take place May 6-8 at Merriweather Post Pavilion in Columbia, Maryland.

Three-day and VIP packages for the fest go on sale this Friday, December 17, at 10 a.m. ET via Ticketmaster.com.

Kix will headline the May 6 kickoff party, which also will include performances from Lizzy Borden and Doro.

The May 7 lineup is led by Kiefer and also features Blue Öyster Cult, Extreme and Pearcy. The festival wraps up with a loud bang on May 8, with Tesla headlining and Skid Row, Stryper, Malmsteen, Zebra and Quireboys also performing.