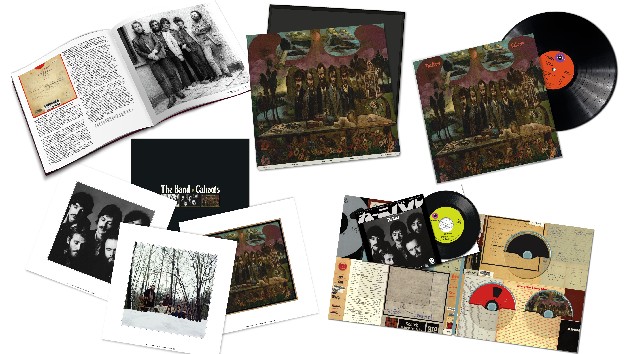 The 50th anniversary edition of The Band‘s album Cahoots is out today, and next week, The Band’s Robbie Robertson will jump on Twitter to participate in a listening party for the release.

The new edition of Cahoots features the original album in newly remixed and remastered form, along with outtakes, instrumentals and other rarities, plus a partial recording of a frequently bootlegged concert from 1971.

Robertson, who oversaw the new mix, will share memories and stories about recording the original album during the “Tim’s Twitter Listening Party,” an ongoing online series which was started in March of 2020 by Tim Burgess of the U.K. band The Charlatans.  It starts December 15 at 4 p.m. EST/1 p.m. PST.  To participate, visit timstwitterlisteningparty.com.

Cahoots, The Band’s fourth studio album, features well-known tracks like “Life Is a Carnival,” their version of Bob Dylan‘s “When I Paint My Masterpiece” and the Van Morrison collaboration “4% Pantomime.”